Sexually Transmitted Infections Are on the Rise

It is entirely natural for children to be curious about sex, especially as they become keenly aware of and learn about their own bodies and the bodies of others. An example is the innocent question “Where do babies come from?” As children witness the life experience of a pregnant woman’s growing belly, there are obvious differences that will likely result in questions. 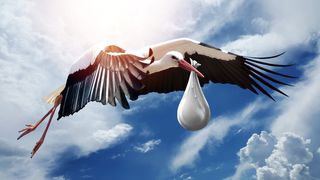 Yet, even today, the stork gets credit for the births of far too many children. This happens because for many parents these conversations can be riddled with confusion and apprehension. Contrary to popular belief sex education at any age does not include discussing the mechanics of, or intimacy involved in, the act of sexual intercourse. Sex education can start by helping children understand their bodies and the bodies of others, in a developmentally appropriate way that promotes body positivity.

Unfortunately, to pass along a healthy understanding, parents must first have a strong understanding of themselves. While most parents know the basics of the male and female anatomy, many are woefully unprepared to accurately express detailed knowledge of the stages and phases of the developing body or the reproductive system. Many parents are afraid of giving too much or not enough information. Many fear that any discussion gives consent for future inappropriate behavior. These sources of discomfort can be primary reasons why many parents choose to avoid the topic and allow others to take the lead in educating their child.

Despite this fear, there is a strong justification for parents to be the first line of defense against inaccurate information. Several studies outline the negative effects of early, unofficial sex education that children receive from common sources outside of the home. Such sources include siblings, friends, schools, movies, television, music, websites, or worse, from nefarious sources unknown to the parents.

As children get older any discussion of sex and relationships must also include the topics of consent, communication, commitment, and intimacy. In some cases, parental fears are a manifestation of the parent’s own lack of knowledge or a stark revelation that their teachings do not match what is being modeled in the home. This is especially true in situations where relationship dysfunction exists. This recognition by the parent of the “do as I say, not as I do” culture, can have a profound impact on the parent’s willingness to share, born out of their own shame.

Teachable moments can happen at any stage but especially as we see that children are overexposed and underprepared to deal with today’s social norms of internet and media-driven sexuality. Having a strong foundation lessens the chances of accepting inaccurate information at any stage along the way. By engaging in these conversations, there is a greater likelihood the dialogue on this topic will remain open and accurate. This provides another layer of protection from future risky behaviors known to be deleterious.

According to an article found in the American Journal of Nursing,1  researcher David Carter identifies that not all programs of sex education are created equal. In his research, Carter documented approaches that emphasized abstinence resulted in higher rates of pregnancy and birth, among teens. Of the approaches analyzed, the most effective programs of education included comprehensive sex, HIV programming, or both, while covering contraception, condom use, and abstinence. Few of which are completely and readily available today.

In March 2019, the NORC Center for Public Affairs Research at the University of Chicago released the newest data from the General Social Survey. Results showed greater support for sex education in public schools as evidenced by an increase from 77.7% in the 1970s to an average of 89.6% support today. While the majority are still opposed to teenagers engaging in sexual activity, they prefer that teenagers have access to contraceptives and receive sex education rather than engage in unprotected and risky behaviors. 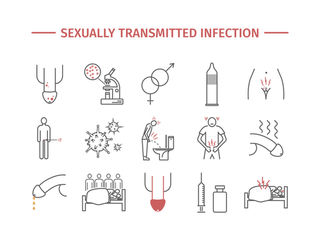 Those very risky behaviors are outlined in the just-released US Centers for Disease Control and Prevention’s Sexually Transmitted Disease Surveillance Report. For the fifth year in a row, gonorrhea, chlamydia, and syphilis have risen in the U.S. This underscores the immediate need to address the topic of sex in a clear manner that opens the dialogue for ongoing discussion.

In an interview with a Fox News affiliate, Rob Stephenson, a professor and director of the Center for Sexuality and Health Disparities at the University of Michigan in Ann Arbor, is quoted as saying, “It’s alarming how they’re concentrated among young people, and to me it really speaks to the need for us to up our game in educating young people on not only the basics of sex education but sexuality and relationship education too.” Stephenson is not alone in the call for school districts and parents to up their game. Parental involvement and educational programs need to improve to be proactive and preventative with campaigns designed to reach this demographic.

It Doesn’t Always Get Better With Age

As we underscore the importance of opening a dialogue, much of our discussion has focused on beginning the conversations early. While this remains critically important, it implies the youth of today are the only ones without a solid grasp. The very report outlining a desperate need to educate the youth of today on the prevention of sexually transmitted infections (STI’s), also identifies record increases in STI rates among adults, in particular, seniors. Given that human sexuality is a normal part of the developmental continuum it seems only fair to engage in a dialogue where people can openly enjoy discussions about sexuality. In doing so, people begin exploring and understanding their own needs as well as the needs of their partner. But what happens when even adults lack the understanding of the benefits and consequences of sexual engagement?