How the Fear of Rejection Can Impact Your Sex Life

In the early years of my practice, I had been seeing a female client for months.  For the purposes of this post, we will call her Joan.  In a desperate attempt to try to win back the love of her husband, Joan attended therapy weekly. Her husband, John, wanted a deeply intimate and physical relationship. 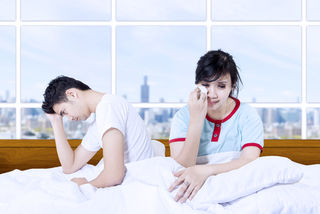 She felt unfulfilled and came to resent even the slightest of his touches or advances. She loathed the times she was forced to be intimate with him. During those times she rarely experienced the release of an orgasm. As a result, she believed there was something wrong with her. He took her rebukes as a personal assault on his pride. She took his continued advances as demanding and not born out of love but rather dominance and control. She never told him she was unfulfilled sexually but hoped he would figure it out. As we talked more about the times of discontent and sexual frustration1, patterns emerged causing me to question what this was really all about.

Her reluctance to talk about her sexual needs had driven them to the brink of divorce. Instead of speaking openly she started nightly arguments if her husband was not already asleep. She hopped out of bed as quickly as she could in the morning to avoid any physical contact. She threw herself into her job and caring for her children, just to keep out of the house and away from his arms. But why?

Her failure to talk to him was deeply rooted in the shame associated with the purity culture instilled in her as a child. In this culture, abstinence was mandatory until marriage. On that night, you were expected to flip a switch and become a sexual being. Sex became about procreation and pleasing her husband, but never about meeting her needs.

In one particular session I asked her to tell me how she first came to know about sex; what education did she receive? She looked at me, wide-eyed and ashamed and said, “The rocket goes in the pocket,” as she gestured with corresponding hand motions. This was the sum of the education she received at the age of seven. The extent of her sex education came, not from her parents, but from both her older sister2 and the church that would banish her to hell if she even so much as had an impure thought. This lack of knowledge served her poorly as she was never given the tools with which to operate. As a result, she rebelled in her youth. Having multiple abortions, a range of STI’s and a history of unfulfilled relationships she always turned to infidelity. Her self-esteem was low and she never felt loved. She lived with a fear of rejection at all times. She attributed this to a punishment handed down by God. Along the way, Joan never learned to advocate for her own sexual, physical, or mental health. Instead, 37 years later, she still thought sex was something you do, rather than something you enjoy.

The Mother of All Evils: Rejection

I would love to say that my client was the exception to the rule, but in my practice, she wasn’t. She was the norm. I have seen issues surrounding sexual communication run the gamut of emotions with fear of rejection the most widely identified. I have seen it used as a tool for love and a weapon for producing hate. Most importantly, out of fear and shame3, I have seen individuals and couples retreat in anger, silence, and shame rather than openly discuss sexual wants, wishes, and desires. I have witnessed relationship turmoil when one partner desires more intimacy while the other seeks the opposite. Each of these scenarios had a profound impact on the relationship. The one thing all of these couples had in common was their difficulty to speak openly to one another, or anyone else for that matter, about their own sexual needs.

What happens if you are one of those people who didn’t get any sort of discussion from your parents? Or if you did and you still struggle with the vulnerability associated with open expression of your wants wishes and desires? As an adult, the more uncomfortable you are with the topic, the more the dialogue about sex can be fraught with intense emotional reactions, fear being the most obvious. We avoid talking about sex because it triggers a fear of rejection which is one of the most powerful emotional responses threatening our security. 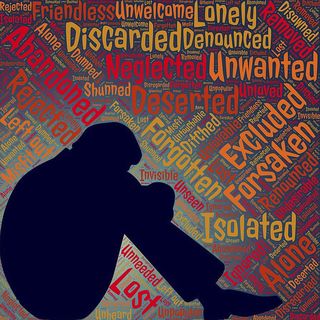 Rejection is a term used to describe the feeling experienced when one has been excluded from something they desired. This can result in strong emotional responses that serve to make the person feel vulnerable and powerless. Interpersonal rejection has been shown to rank among the most powerful and stressful events people experience. Rejection is found to have such a powerful response that much of our behavioral defenses are designed to avoid such experiences4.

We know the fear of rejection can render people unable to assert themselves in a way that feels self-protective. The failure to speak up about sex can have an adverse effect on satisfaction, as well as on physical and mental health. Examples can include decisions to refrain from using protection, feeling dominated during intercourse, consistently feeling unfulfilled, feeling differences in desire, and wanting requests for changes in frequency, duration, location, or position. Each of these may seem benign in theory but can have a lasting impact on both partners. This is especially so when one feels as if they can’t speak up to request their wishes be respected, and desires be honored.

Those who fear rejection will struggle to function within the confines of the sexual relationship, falling silent and becoming victim to their own resentment of the situation. This can cause individuals to respond in polarizing ways – learning to live with the pain of fear and rejection or to limit/cease all sexual activity. In more serious cases it can be the reason for disruptions in the marriage including arguing and even infidelity. It is during this time that individuals will build up walls to keep out the pain of rejection, but end up cementing in the hurt only serving to perpetuate the vicious cycle. So where do we go from here?

Previous post Sexually Transmitted Infections Are on the Rise Next post Is Your Partner Really Having an Orgasm During Sex?